Client Story: 3 Days to Save a Marriage 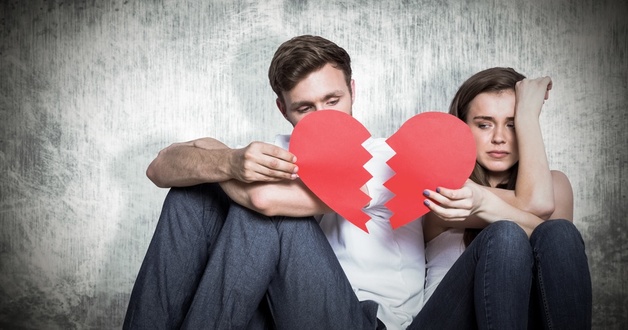 My husband and I had been married for 25 years. We raised 4 children, barely surviving the teen years. We have suffered significant setbacks financially, emotionally, and medically. My husband battled cancer; in fact, his battle with cancer is one of the reasons we are still together. Cancer and three days in January of 2018.

We were headed for divorce. After 25 years, we were no longer connected. We could not communicate well. We were both focused on day-to-day tasks, and we each had our assigned duties that we barely had to talk. We each just did our jobs. Neither of us was unhappy with our position. We were both content, but our separate duties did not require much interaction. I could handle all my tasks independently, and he was perfectly capable of doing the same.
Without much communication, we each became more and more independent. He began to make even more significant decisions without me, and to save myself the aggravation I was willing to let him. This increased the gap between us. We talked less and less. Communication became a chore that was much easier to ignore. We drifted apart.

➡️At first, I was not unhappy, just indifferent, but that changed with time, and I became resentful. I wanted a connection, passion, and love. It was awkward, tense, and uncomfortable when I reached out seeking companionship. So, I gave up; I stopped reaching out; I stopped trying. I did not know how my husband felt at the time. The communication was gone, and I could no longer read his emotions like I once could.

He was not reaching out either. He later told me he was afraid of rejection. Things got worse, and I moved out. It wasn’t a huge battle. It was a statement, “I’m leaving.” There was no resistance, no request to stay, just a nod of agreement, and I was gone. We were still married and talked occasionally. I needed his help a few times. He helped me get a good deal when I bought a new car. He was doing well on his own; it seemed he didn’t need me.

We were living apart for 6 months when he got sick. He found out he had cancer. He would need help with doctor’s appointments, surgeries, treatments, and recovery. I said I would be there for him. We were once again living together, and I was still resentful. I didn’t like feeling that way. I wanted communication and a connection but did not know how to get it. I asked him about marriage counseling, but he thought it would be a lengthy torturous process. I heard about the marriage intensive. We signed up. Three days of intense marriage counseling.

We talked on the drive there and agreed we would put in 100%. If it failed, we would both be able to say, “We tried everything; it just didn’t work.” For 3 days, we “discussed” old patterns, past hurts, stupid mistakes, and misunderstandings. These “discussions” involved raised voices, nasty words, and a lot of pain and tears. We were both so consumed with our own pain that neither could acknowledge the other’s pain. We learned how alone we each felt.

We still cared deeply for each other, and we wanted to erase the pain the other was feeling. We knew we still loved each other and wanted to fix our relationship… In the marriage intensive, we began to heal. We began discussing why we fell in love, our favorite moments, and our hopes and dreams for the future. We learned new communication styles that work, coping skills that build relationships, and how to trust each other. We began to fall in love all over again.

It wasn’t all solved in those three days. We still had a lot of work to do, and we still have work to do. My husband has been cancer-free for several years now; we are still married and in love. Our marriage is a work in progress, and we continue to work at it because we want to be together.

Do you see yourself in this story? Find out more about our marriage workshops & intensives and get your marriage back on stable ground.