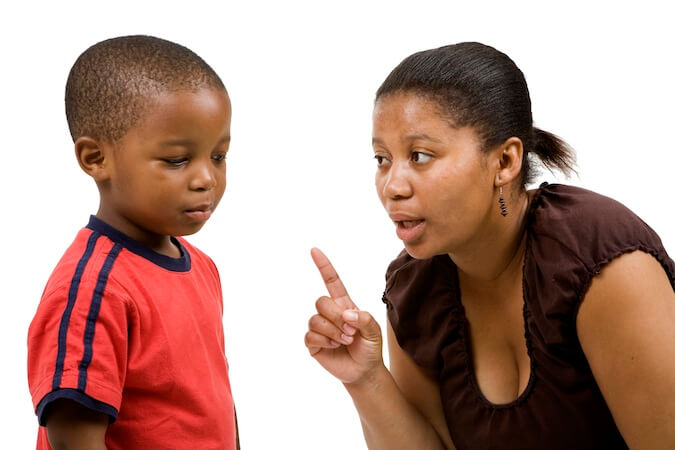 Is Your Child Getting Enough “No”?

Supplements are popular these days. Many of us are taking needed vitamins and minerals for this deficiency or that deficiency and dispensing supplements to our children to ensure they receive the nutrients they need. I want to tell you of another essential element that only parents or primary caregivers can give, but it is as vital as any supplement you give your child.

Both my wife and I were raised in low-income families; I’m not sure if this is why, but it’s my excuse. We wanted them to have things and opportunities we never had when we began having children. We never stopped to think about the benefits of not having something. More and more children suffer from a “No” deficiency, and our entire culture could pay the price.

More than anything, most parents want their children to be happy. Maybe it’s because we grew up with little, remember our parents as unapproachable authoritarians, or we are just lazy and want to take the road of least resistance. Whatever the reason, our kids today have a lot. Instead of being happy, our teens exhibit irritable, moody, and often sullen feelings and associated behaviors. Today, our children have more problems getting along with other children than children did twenty years ago. Parents report their kids are more demanding and rarely express any appreciation, let alone gratitude, for all the things their parents provide them. In light of the overabundance our children experience today, depression and anxiety among this age group are skyrocketing. Why?

One possible diagnosis is that our children are “No” deficient.

Overindulgence has many symptoms and even has its form of addiction. Receiving things quickly begins to generate nothing but the want for more things. One negative effect of this is that it’s unsustainable. Our children are becoming accustomed to a materialistic standard that’s not representative of what they can expect as adults. Are you planning to maintain this level of provision as your teen transitions to adulthood, throughout their college years, when they move out to their first apartment, get married, and raise a family? Many of our children today live a level of affluence that doesn’t serve them in the long run. Most of our kids possess what they possess not by working, sacrificing, or doing their best but instead by whining, demanding, and manipulating. So in inflating their material expectations, we are also teaching our children that they can have things for next to nothing. It is false, but it’s also one of the most dangerous and destructive attitudes a person can have.

As indulgence has become more the parenting norm in the past few decades, child and teen depression rates have risen alarmingly. Is there a connection? Maybe we’re trying to protect our children from the frustration that we overindulge their desires. But instead of truly giving them something of value, we’ve flipped reality on its head. We’re robbing them of the necessary skills to stand on their own feet when the time comes.

Children who believe in the something-for-nothing mentality are likely to become emotionally stunted, self-centered adults. Then, when they become parents, they’re likely to overdose their children with material things: piles of toys and gadgets and devices. Overindulgence becomes an inherited disease or an addiction passed from one generation to the next.

Children who get too much of what they want rarely take proper care of anything they have. Why should they? After all, experience tells them that more is always on the way. I want my children to have better than this. I want my children to be happy. We all want our children to be happy. I don’t want them to have some momentary deluded false happiness. I want them to have satisfaction from deep within their character, giving them the foundation and strength to live their lives successfully.

Our children deserve more profound happiness than the fantasy of happiness that overindulgence provides. They deserve parents to attend to their needs for protection, affection, and direction. They deserve to hear us say “no” far more often than yes regarding their whimsical desires. They deserve to learn the value of constructive, creative effort instead of the value of whining, lying on the floor kicking and screaming, or playing one parent against the other. They deserve to learn that work is the only truly fulfilling way of getting anything of value in life and that the harder they work, the more ultimately fulfilling the outcome.

Give your children the supplements they need and, in addition, make sure they receive a healthy helping of “No.” It may be the most character-building thing you feed them. You’ll be happier in the long run, and so will your child.